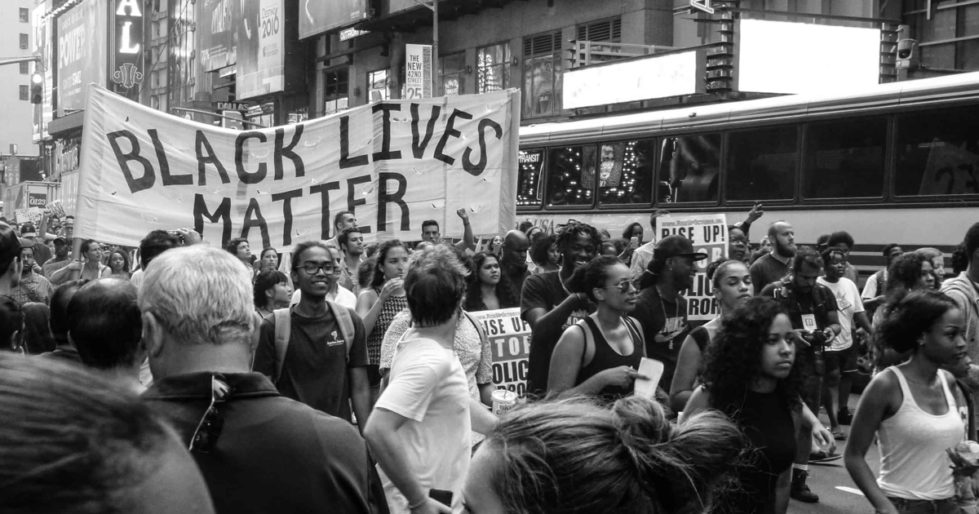 To our sisters and brothers in the Black community: We see you. We hear you. We are with you.

Sanctuary’s mission is to equip the Church to support mental health and wellbeing. Recent events have reminded us that there is so much more we can do in fighting against racial injustice, inequality, and white supremacy as we advocate for the creation of healthy communities that promote and sustain mental wellness. We acknowledge that we can do better in listening to and supporting Black communities who have been traumatized, oppressed, and marginalized by overt and systemic racism. We stand in solidarity with the Black community and grieve the lives that have been lost to senseless violence.

Regular content on our social media platforms this week will be paused as we grieve, pray, and educate ourselves. Instead, we have created a list of resources for those wanting to learn more about racial inequality, particularly at the intersection of faith and mental health. At the end of the post, you will also find links to a few artists whose works address racism. We hope you will find their art as powerful and moving as we have.

We have also chosen to make a donation of $100 to the Black Health Alliance, a charity working to improve the health and wellbeing of Black communities in Canada. We encourage you to consider making a donation to this charity or another of your choosing to protect and support the wellbeing of Black communities and bring an end to racial injustice.

As a Canadian-based organization, we also want to acknowledge the injustices faced by Indigenous peoples in our country. We support the dignity and rights of these communities and reject hatred and racism of all kinds.

Aliens in the Promised Land: Why Minority Leadership Is Overlooked in White Christian Churches and Institutions by Anthony Bradley

In an age when church growth is centred in Africa, Asia, and Latin America, evangelicalism must adapt to changing demographics or risk becoming irrelevant. Yet many evangelicals behave “tribally” valuing the perspective of only those like themselves while also denying any evidence of racial attitudes in the church. Anthony Bradley has gathered scholars and leaders from diverse “tribes” black, Hispanic, and Asian to share advice on building relationships with minority denominations and valuing the perspectives and leadership of minority Christians (not just their token presence). They seek to help evangelicalism more faithfully show the world that the gospel brings together in Christ people from all tribes, languages, and cultures.

I’m Still Here: Black Dignity in a World Made for Whiteness by Austin Channing Brown

In a time when nearly all institutions (schools, churches, universities, businesses) claim to value “diversity” in their mission statements, I’m Still Here is a powerful account of how and why our actions so often fall short of our words. Austin writes in breathtaking detail about her journey to self-worth and the pitfalls that kill our attempts at racial justice, in stories that bear witness to the complexity of America’s social fabric—from Black Cleveland neighbourhoods to private schools in the middle-class suburbs, from prison walls to the boardrooms at majority-white organizations.

I’m Still Here is an illuminating look at how white, middle-class, Evangelicalism has participated in an era of rising racial hostility, inviting the reader to confront apathy, recognize God’s ongoing work in the world, and discover how blackness—if we let it—can save us all.

The Cross and the Lynching Tree by James H. Cone

The cross and the lynching tree are the two most emotionally charged symbols in the history of the African American community. In this powerful new work, theologian James H. Cone explores these symbols and their interconnection in the history and souls of black folk. Both the cross and the lynching tree represent the worst in human beings and at the same time a thirst for life that refuses to let the worst determine our final meaning. While the lynching tree symbolized white power and “black death,” the cross symbolizes divine power and “black life” God overcoming the power of sin and death. For African Americans, the image of Jesus, hung on a tree to die, powerfully grounded their faith that God was with them, even in the suffering of the lynching era.

Nelson Mandela is one of the great moral and political leaders of our time: an international hero whose lifelong dedication to the fight against racial oppression in South Africa won him the Nobel Peace Prize and the presidency of his country. Since his triumphant release in 1990 from more than a quarter-century of imprisonment, Mandela has been at the center of the most compelling and inspiring political drama in the world. As president of the African National Congress and head of South Africa’s antiapartheid movement, he was instrumental in moving the nation toward multiracial government and majority rule. He is revered everywhere as a vital force in the fight for human rights and racial equality.

My Grandmother’s Hands: Racialized Trauma and the Mending of Our Bodies and Hearts by Resmaa Menakem

The body is where our instincts reside and where we fight, flee, or freeze, and it endures the trauma inflicted by the ills that plague society. Menakem argues this destruction will continue until Americans learn to heal the generational anguish of white supremacy, which is deeply embedded in all our bodies. Our collective agony doesn’t just affect African Americans. White Americans suffer their own secondary trauma as well. So do blue Americans—our police.

My Grandmother’s Hands is a call to action for all of us to recognize that racism is not about the head, but about the body, and introduces an alternative view of what we can do to grow beyond our entrenched racialized divide.

The Color of Compromise: The Truth about the American Church’s Complicity in Racism by Jemar Tisby

An acclaimed, timely narrative of how people of faith have historically—up to the present day—worked against racial justice. And a call for urgent action by all Christians today in response.

The Color of Compromise is both enlightening and compelling, telling a history we either ignore or just don’t know. Equal parts painful and inspirational, it details how the American church has helped create and maintain racist ideas and practices. You will be guided in thinking through concrete solutions for improved race relations and a racially inclusive church.

Truth’s Table“Midwives of culture for grace and truth.”

A podcast with Michelle Higgins, Christina Edmondson, and Ekemini Uwan—Black Christian women who love truth and seek it out wherever it leads them. They share their perspectives on race, politics, gender, current events, and pop culture that are filtered through our Christian faith.

Pass The Mic is the premier podcast of The Witness–A Black Christian Collective. Tune in every week for engaging discussions and high profile interviews addressing the core concerns of African Americans biblically.

Unlocking Us – “Brené with Ibram X. Kendi on How to Be an Antiracist”

Brené Brown talks with professor Ibram X. Kendi, New York Times bestselling author of How to Be an Antiracist and the Director of the Antiracist Research and Policy Center at American University. They talk about racial disparities, policy, and equality, but really focus on How to Be an Antiracist, which is a groundbreaking approach to understanding uprooting racism and inequality in our society and in ourselves.

The Liturgists – “Black and White: Racism in America”

Michael Gungor and Science Mike talk with Propaganda and William Matthews about race, racism, and white supremacy in America.

“The Role of the Church in Improving Mental Wellness in the African American Community,” American Foundation for Suicide Prevention

“These Mental Health Apps Are Geared Toward People Of Color,” Forbes

“A Special List of Books on Race” Hearts and Minds Bookstore

Humanae activates a semantic mechanism with an “innocent” displacement of the socio-political context of the racial problem in a safe environment, as is a colour catalog in which the “primary” colours have exactly the same importance as “mixed.”

Infinite Essence Owunna’s response to pervasive media images of Black people dead and dying. Being gunned down by police officers, drowning and washing up on the shores of the Mediterranean, starving and suffering in award-winning photography. The trope of the Black body as a site of death is everywhere. What if the only images you saw of people who looked like you were dead and dying bodies? How would that affect the way you move through the world, how would that enter (and hamper) your body? With this series, Owunna set about on a quest to recast the black body as the cosmos and eternal.

Dani makes doodles designed to encourage faith, inspire justice, and guide you as you love your neighbours well.

Sacrée Frangine is a creative duo of artistic directors and illustrators composed of Célia Amroune and Aline Kpade. The work of the Frangines is inspired by portraits, still lifes and feminine themes that explore the beauty of simple things and everyday life. They express themselves through minimalist compositions that focus on the harmony of shapes and colours, playing with large coloured areas. Mixing figuration and abstraction, they share a light and aesthetic universe that revolves around positive values in which everyone can meet.

Words hold incredible power. Skillful orators have the ability to bring knowledge, inspire, and heal. This ongoing project works with Canadian spoken word artists to create short videos about race, racism, and identity. The purpose is to give perspective.

Common Hymnal is an online library for the Spiritual Underground, a connecting point for an as-yet-uncoalesced movement around the exchange of songs, stories, and ideas. This playlist is specifically designed as “worship with a social conscience.”

This list of resources is not meant to be exhaustive, but a starting point for learning about the intersection of race, Christianity, and mental health. We want to encourage you to continue listening, learning, and advocating for justice–our team at Sanctuary will be doing the same. We will continue adding resources to this page over time.