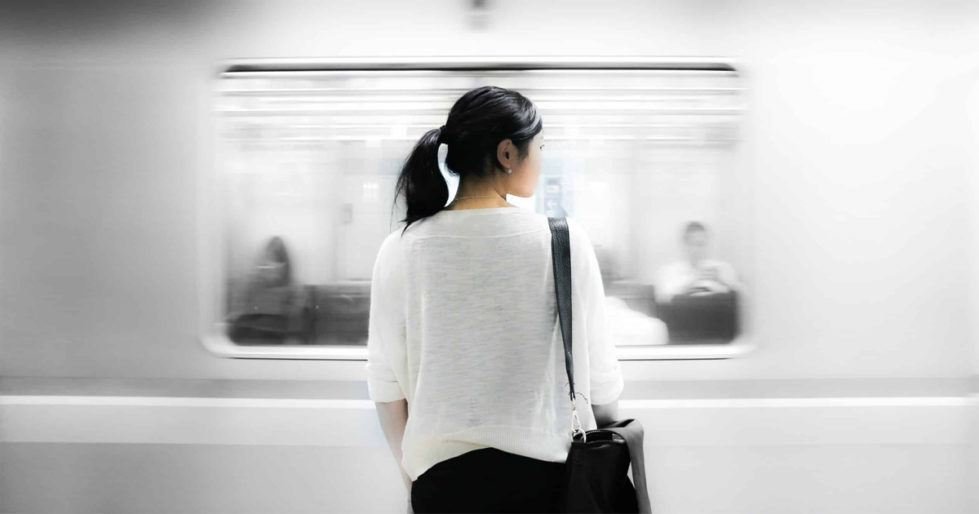 If someone says that they are “hearing voices,” it has often been assumed that they are mentally ill. While it is true that voices heard in the absence of any objective source (auditory verbal hallucinations, to use the technical term) are associated with many different mental disorders, they are also quite common in the general population amongst people who have no diagnosis of mental illness. But what about someone in church who says that they heard God calling them to a vocation as a teacher or minister, or a Christian who—in the middle of her prayers—hears God say “I love you”? Are they hearing voices too?

The Bible is full of examples of men and women who heard God—or angels (or even a serpent or a donkey!)—talking to them. Such examples are less common in the New Testament, but they appear at some pretty important turning points—the voice from heaven at Jesus’s baptism, or the voice heard by Peter, James and John at the transfiguration, for example. Paul hears a voice on the road to Damascus. It’s easy to put these voices in a different mental category. These are “miraculous” voices—divine interventions—not the same thing at all as people who hear voices today. Or are they? How would we know the difference? If I hear a voice in church, how do I know if it’s God—or something else?

There are a variety of theories as to why some people hear voices. For example, voices may be understood as inner thoughts, or perhaps as memories, which are somehow misattributed to an external source and heard out loud. In fact, voices are not always out loud, and not always heard as voices outside the head. Many people report voices that are more thought-like, or else somewhere in between thought-like and “out loud” voices. Often, however, they are quite clear that these are not “their” thoughts. They are thought-like, but not the kind of thing that they would have thought. This raises some interesting possibilities. If God speaks to human beings—as the Bible suggests he does—then why should this not be through processes such as this? The problem is not so much “how” God speaks to us as, “how do we know that it’s God?”

In some scientific or medical accounts of hearing voices, there is an implication that everything can be explained by science. Christian voices are therefore no different than other voices that people hear when there is no one there. They are simply hallucinating. Perhaps at the other extreme there are people who are all too ready to accept almost any voice as being from God (or the devil—depending upon what the voice says). In fact, both of these approaches are simplistic and unhelpful. Accounts of voices in the Bible, in Church history, or in present Christian experience, are not quite the same as accounts of other (particularly other non-religious) voices in a variety of ways. They often occur during prayer, for example. Sometimes, in the Bible, they are heard by more than one person. They are always theologically significant; the voice of God, or the voices of angels, for example.

Nor is it helpful to try and diagnose different voices. For example, some psychiatrists have suggested that we can distinguish between voices due to mental illness and those due to a “genuine” religious experience. This seems sensible at first, but in fact it is very problematic. Why should people who are mentally ill not hear God speaking to them? Why should people who are not mentally ill not sometimes be mistaken—or hallucinating? Diagnosing and treating mental illness, and discerning what God is (or is not) saying, are both important, but they are not mutually exclusive. Good clinical and spiritual care requires that we give attention to both.

Answering the question “How do I know it’s God?” is therefore not simple or straightforward. Discernment is needed, and usually this will take time. Wise counsel, perhaps from a spiritual director, helps. Different spiritual traditions have different approaches, some being more cautious than others, but perhaps a general rule might be that voices which draw us closer to God are worth listening to. Voices which give us life, build our faith and make us better people are probably from God. (I say “probably” because I also hold out the hope that as Christians, if we are becoming more like Jesus, our own inner voices will do this too.)

Some voices are obviously evil, but that does not mean that they are obviously demonic. Discernment of evil voices is almost as difficult as discernment of good voices, but perhaps as a general rule, if voices are experienced as being the voices of demons, the help of mental health professionals should be sought. Such voices are often (not necessarily always) associated with mental health problems and do not respond well to deliverance ministry. In fact exorcism can easily make things worse.

We can’t interview Moses, or Paul, to find out exactly what their experience was like, but we can ask modern-day Christians about their experiences. During the course of my research I have been privileged to meet many Christians, and to receive e-mails and letters from others, who have heard voices that they considered to be spiritually significant. I have discovered that their experiences are very diverse, but always fascinating. Sometimes a voice heard decades ago has changed the course of a life. Some voices are once in a lifetime, and others are heard on a regular and frequent basis. Some voices occur in a crisis, or are heard—like St. Paul—in the context of a conversion or calling to Christian service. Others—and happily a much less frequent kind—are experienced as evil, demonic and frightening. We might all have different views about exactly what is going on for these good Christian people (and my research has been confined mainly to Christians), but almost always the Christians concerned have a strong sense of what the experience meant to them. I have collected together thirty or so of the stories that people have shared with me, and you can read them in Christians Hearing Voices, to be published as an e-book by Jessica Kingsley in June this year (and in December as a printed book).

We've made changes to our website. You can access our resources (including the revised version of The Sanctuary Course) on our new resource portal. ACCESS PORTAL
+