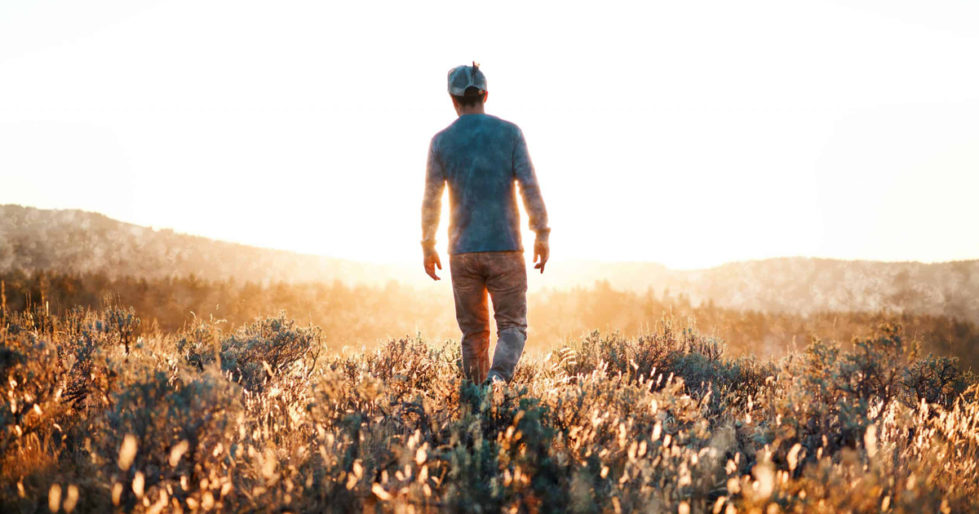 This blog post was written by a brave friend of Sanctuary who lives with a diagnosis of schizophrenia and has chosen to share some of their story anonymously. Why anonymously, you might ask? Stigma, a mark of disgrace that brings about feelings of shame, is a reality experienced by most of us who have been diagnosed with a mental illness. Practically, the effects of stigma can mean not being considered for a job or accepted as a valued friend or that we are thought of as dangerous or weak. Because of stigma, the public sharing of a mental illness diagnosis can be exposing and vulnerable and have a detrimental impact on a person’s prospects. As our author puts it, “there are a lot of risks.”

We hope this post will challenge all of us to work towards eradicating stigma and becoming safer people who can listen well to lived experience. These stories are a gift; they are holy ground, on which we must learn to tread with care.

I was diagnosed with schizophrenia a little less than twenty years ago. Actually, before the schizophrenia was diagnosed there was depression and anxiety, and I took medication for that. There’s lived experience; there’s that outer part where it’s just lived experience. But when you go a little bit deeper, there’s a daily struggle. I have panic disorder, delusions, hallucinations, and it’s been a little bit tough. I find it hard on a daily basis to just live my life. I’m still a person. In some ways I’m still like you and everybody else on this earth, but I have something a little bit different that most people on earth don’t have. One in five people will face mental health issues in their lifetime. However, only one out of every hundred people have schizophrenia.

Many people with schizophrenia have a lower life span. They do unhealthy things, not through their own fault, but more because they don’t feel good. They want to feel normal. I guess that’s the thing: they want to feel normal, and these unhealthy things are about wanting to feel good and feel happy, like they see in all the media and stuff. We often compare ourselves to our friends and our acquaintances on Facebook, and they have airbrushed, photoshopped lives. I can’t speak for other people, but I can speak from my own experience. I think millennials especially have that experience. Their parents were baby boomers and lived through a great time of success and growth, while this generation is living through a difficult economic time. Yet we’re told, “exceed us.” Parents expect that their kids will exceed them, and that’s their dream. My parents had that mentality. They always thought, “Okay, our child has a lot of potential and will succeed in the future.” But then I got bad grades at university, I quit, and I didn’t finish university. And then I got the diagnosis, the bad news that I have schizophrenia, panic disorder, anxiety, and depression—and I have to deal with it.

It’s a little bit challenging for someone who wants to feel normal to accept that they have schizophrenia. It took a lot of reflection and a lot of slow pushing from my family for me to acknowledge that I have a condition. People who love me tell me, “you know you have limits. Don’t have such high expectations for yourself.” That doesn’t sound like something that society would say: you have limits, lower your expectations. Everybody is like, “Reach for the stars.”

But it is something that the church can say. I mean, in some ways brokenness is what brings the church together. Actually, the first time I think I felt understood was when I had a friend deliver a sermon where she shared her experience of mental health and the dark darkness she went through. Later on I connected with her and I confided to her what I was going through. She said, “You know, we are similar.” And that just helped me so much and supported me so much.

Initially it was tough because people didn’t understand. I’ve had some people say, “I don’t believe in taking medication. I don’t think you have schizophrenia.” That’s kind of tough, you know? I didn’t choose to have schizophrenia. I’m not using it as an excuse. That’s something that I struggle with, when people say, “Oh, you’re using this as an excuse” or “Maybe you sinned or disobeyed God”—though people haven’t really said that too much to me. I don’t know why people say, “You don’t have a diagnosis.” Maybe they just grew up in an environment where you don’t show weakness. Maybe their family or their church was competitive, and it was an environment where you don’t show a lot of weakness.

I’m still learning who to share my diagnosis with, because there are a lot of risks. You risk your reputation. But as I grow, as I mature more, as I participate mindfully in communities that I know want to cultivate the spiritual part of their faith—being mindful definitely helps me connect with people who are not as judgemental, who are maybe more open, and who want to help. It’s something that I think we need to do. We need to get the message and the story out. In some ways we are responsible to be educators. We need to equip people with lived experience to know how to share with others in the community. People with mental illness who understand their own diagnosis can tell people, “It’s okay, but here are some things you need to know.” It’s a new world, a brave new world.