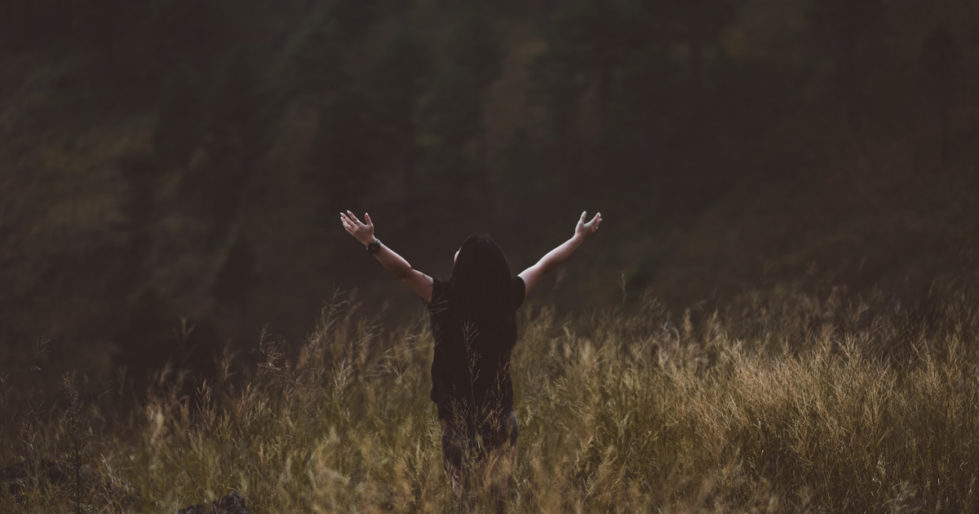 When I was a kid, I asked my father why he and his university friends—most of whom were Hong Kong Chinese like him—felt it necessary to start their own church a few years after arriving in Winnipeg.

“Because we didn’t feel welcome in the United Church we started at,” he explained. I’m sure it was more complex than that, but, being young and self-assured, I imagined that he and his friends were wrongheaded. Surely their mistrust of Western churches was misplaced? Surely the world was post-racial and we could all get along?

The past year of pandemic has shifted my thinking. Not that I cease to hope for a Church that is representative of the vision given to John in Revelation 7, where “a great multitude that no one could count, from every nation, tribe, people and language, [were] standing before the throne and before the Lamb,” but that there remain such deep fractures in our world that, like all sin, I begin to wonder whether this is another burden we will bear all the way into death.

As I live in a suburb where most people are of Asian descent, it was easy to believe that Canada had changed and that the ignorance and racism I had grown up with were no more than anachronistic artifacts. I had hoped that the bubble tea and hot pot places surrounding my home were indicative of our welcome into the Canadian mosaic. I had thought that the relative neglect of Chinatown and the distant memory of our “Golden Mountain” railway-building forebears meant that we were now considered as “Canadian” as those of European heritage.

But I was proven wrong by the pandemic and the scapegoating that followed. I admit, when I first heard of COVID-19, my internalized racism scornfully imagined it to be a “Chinese disease” brought on by a despoiling of the environment and lack of hygiene, much like how in 2003, SARS was traced back to a taste for wild game flesh. Yet as infection rates rose, our quotidian existences were disrupted, and as reports of anti-Asian racism and violence trickled and then streamed into my news feed, I once more felt myself and people of similar lineage torn from the happy illusion that we were “one of them.” Though we were not being herded into internment camps, the recent legitimization of racism from populist leaders that was fed by latent resentment of immigrants has led to the emboldening of many to say and do exactly what is on their minds. Non-apologies of “this is not me” and “I am better than this” ring hollow. No, the sad thing is, this is us, and we are not better than this after all.

All of this has coincided with psychology’s increasing interest in embodiment. Eugene Gendlin’s theories of emotion focusing and Bessel van der Kolk’s The Body Keeps the Score have restated the importance of our bodies to our psyche, an understanding of ourselves as inextricably “ensouled bodies” that has long been in the traditions of Hebrew and then Christian orthodoxy. And, in more recent years, works such as Ta-Nehisi Coates’s Between the World and Me and Resmaa Menakem’s My Grandmother’s Hands have highlighted the depth of racialized trauma in African American populations due to the legacy of their bodies being enslaved. All this to say that psychology has been waking up to the idea that embodiment matters, and that being embodied in one way often means that you will experience life differently from others who don’t look the same.

The genes that determine race are estimated to constitute a mere 0.1% 1 of our makeup. This has led some to imagine that race is purely a “social construct,” the oft-divisive effects of which can be surmounted with a little effort to undo the ties of implicit bias. However, what is often absent from these discussions is the way that humans tend toward favouring people who are “like” us in appearance and behaviour, while holding unlike “others” as outsiders. There is no good reason why this is so, as even from a purely biological perspective, increased variation in the gene pool is healthy for the perpetuation of a species. But the automatic defensiveness that fuels the “birds of a feather” phenomenon perhaps indicates what God has known all along: we are estranged from each other, flesh of our own flesh, in very deep and very sinful ways.

I spent a large part of my childhood in the Canadian Prairies. And there, my memory was pitted with experiences of micro and macro racism. Like many who find themselves unable to fit in, I tried to repudiate my heritage in the hopes that this would make me more acceptable—that I could be “just like you.” But if embodiment teaches us anything, it is that this is the body and the colouring I was born with, and life must be lived with others perceiving me as a particular category of human. This then triggers a cascade of assumptions about my personhood. Some are felt as “upward pressure” (“Oh, he’s Asian so he’s good at math!”), and some are felt as “downward pressure” (“Oh, he’s Asian so he’s not athletic.”). The truth is that I have the body I have, and you have the body you have, and this means that we will treat each other differently based on what we see. This body is Asian, and though recent racist “othering” that has culminated in aggression and violence is sickening, it has also led me to realize that I can no longer apologize for the perceived offense of my particular embodiment.

What, then, of our identities as Christians? Should we not be able to “get over this”? Yet, John’s vision indicates that race will not be forgotten in the new heaven and new earth. Difference seems a thing not to be eliminated or minimized, but rather celebrated. This is the hope of Christ, who, by breaking down the dividing wall between Jew and Gentile, now seeks to bring us together as members of his resurrected body. Even though in recent years “religion” has rightly been on the receiving end of skepticism and derision, perhaps it is time to reclaim that word for its root meaning.

I use the word “religion” as opposed to “faith” because the etymology of religion expresses the idea of real joining and connection—a communion!—whereas a contemporary use of “faith” might imply “private” or idiosyncratic. But this is the most helpful part of where we may go as embodied people in Christ—towards a joining with each other. It pains me to think that we perhaps will never be able to outlive the usefulness of ethnic majority churches, especially if the alternative is an erasure of God-ordained culture by white supremacy expressed through American evangelicalism. But where once I scoffed at the “ghetto” of my youth, I wonder now if an appreciation for the gifts of our embodiment and particularity might not be something to which we can aspire.

Don’t get me wrong: I would never hope for segregation. But perhaps what we need is a recovery of the re-ligamenting confession. Our eyes must say to our hands, “we really need you”, and our heads must speak lovingly to our feet, “we could not be whole without you.”

The lack of legitimization and respect that Asian-majority churches experience from other churches, as well as an internalized white supremacy that exalts teaching, music, and people from white evangelical sources, exacerbates the feeling we have that we are only ever hangers-on, never to be equal contributors to the culture of the Kingdom of God. It is worth speculating whether this dynamic has led many Christians of Asian descent to a self-denigration that has then flowed into the phenomenon of the “Silent Exodus” 2 of Canadian-born Asians from their home churches, and the eventual traumatic splits in families and congregations that echo in the griefs that burden so many of my clients.

The use of the word “psyche” has been a matter of some debate in psychological circles, but I find it useful in certain contexts, such as this piece, to describe my self-understanding, my feelings about myself, and my individuality as known through embodied self-narrative. And my psyche, so to speak, knows a measure of self-loathing due to the cultural silencing of voices like mine in favour of bland middle-of-the-road aesthetics. We may speak of mental health in familiar Diagnostic and Statistical Manual terms: that this is major depressive disorder, or this is generalized anxiety disorder, or this is post traumatic stress disorder. But diagnosis doesn’t care about the origin of our difficulties or comment on the reality that people of colour have worse mental health outcomes. It is only now, as an insider to the field of psychology and in my middle age, that I can embrace this self and accept him as embodied and connected in the way he is. My self is the dynamic interweaving of the strands of my embodiment, my relationships, and the unique way that I cohere these into a whole.

This self is not self-determined, and is therefore not determined for the self alone.  None of us arose out of our own force of will. Our bodies were formed by the union and nurturing of our parents, who themselves are a part of the communities that nurtured them. Many of us then became a part of a greater community, God’s kingdom, the Church. And now, as selves who arose from out of these ligamented identities, we have a chance to live in other-preferring love.

It is this self, still inchoate as it is, that I have to offer. As much as I wish I had a different body with different talents and the opportunities that would follow, it is becoming clearer to me now that responding to my vocation means responding to the reality that I was born into this time, with this self, and with these opportunities at hand. And as this has been a time of reckoning for the world, perhaps the slow, small work I have at hand—to give voice to those who are suffering and strengthen them in their journey—is the best I can offer in this season. And you? You have your self, with your embodiment and your traditions and your way of bringing them together. I wonder, to whom will you offer these?

Edward En-Heng Ng is a Registered Psychologist in private practice in Vancouver. Prior to becoming a psychologist, Ed was a high school science teacher for five years and then, after attending Regent College (MDiv, 2008) he pastored in a small congregation for another four years before starting his doctoral studies at Fuller Theological Seminary’s Graduate School of Psychology. His advisor at Fuller was Al Dueck, who introduced him to the field of cultural psychology, which focuses on how people groups tend to speak of themselves instead of relying on Western psychology to describe them. Ed’s enduring academic interest since then has centred around critical psychology and the applications of cultural psychology in clinical or counselling contexts. Ed has taught at Trinity Western University and Regent College; he is also the founder and host of the Eastgate Project podcast, which focuses on the intersections of psychology, theology, and the experiences of the Asian diaspora. Ed lives in Richmond with his wife and two sons.

Photo by Jason Leung on Unsplash

Photo by Jon Tyson on Unsplash