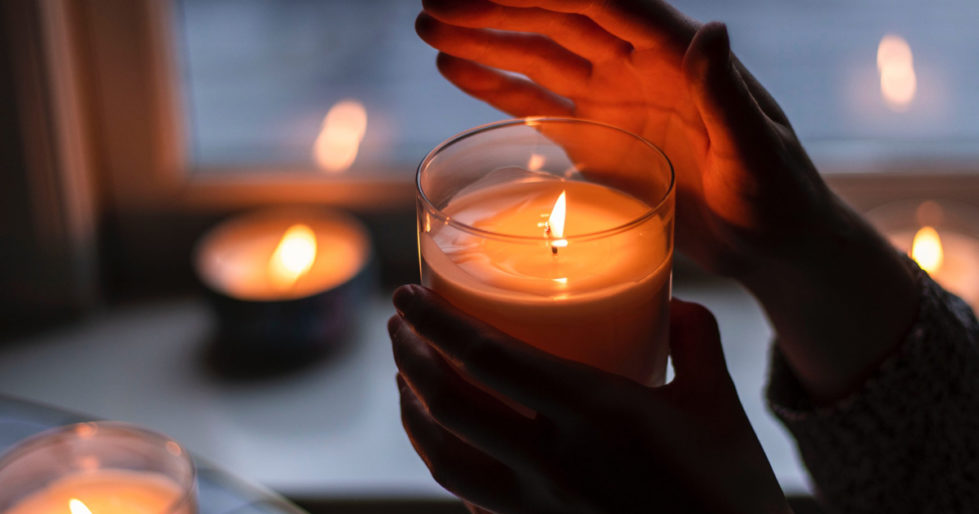 Friday, September 10, is World Suicide Prevention Day. To mark this day, the International Association for Suicide Prevention (IASP) is encouraging people to light a candle near a window at 8pm to show support for suicide prevention and remember loved ones who died by suicide.

Today, I am lighting a candle for my friend, Reina (not her real name), who took her own life in July. The news about Reina’s death came as an utter shock. My body felt like lead, my heart felt painfully heavy, and all I could do was lie in bed as I grieved for Reina and her loved ones.

Some weeks later, as I gathered with friends to process Reina’s death and remember her life, a memory emerged of the time Reina and I had explored visiting a monastery together as part of a personal retreat. While those plans eventually fell through, I was prompted to make a trip to the beautifully serene Queen of Peace Monastery in Squamish, BC, to honour the beautiful light that Reina was. The weather forecast had promised rain that day, but as I sat in the pew and gazed at Christ on the cross in silence, sunshine peeked through the clouds and bathed the chapel in a soft, golden glow. In that holy moment, God was present with me in my sorrow, and no words were needed.

1 in every 100 deaths worldwide is the result of suicide. [1]  Suicide affects everyone in different ways: Some may be experiencing suicidal ideation, while others may be afraid to talk to a friend or family member who has attempted suicide. For those who have lost a loved one to suicide, your grief may look very different from the grief I am experiencing around my friend Reina’s death.

Here at Sanctuary, we want to say: you matter. There is hope. If you are having thoughts of suicide, are experiencing suicide bereavement, or are looking for information on suicide prevention, we hope the following helplines, tools, and resources are helpful.

For your quick reference, here are nationwide emergency numbers and crisis lines:

This resource by Vancouver Psych Safety Consulting Inc. is designed for someone experiencing suicidal ideation, and includes resources, information, and support.

The Mental Health Commission of Canada, in collaboration with the Canadian Association for Suicide Prevention (CASP) and the Public Health Agency of Canada (PHAC), have created toolkits for people who have attempted suicide and people who have lost someone to suicide.

How to talk about suicide loss

This article from the American Foundation for Suicide Prevention shares helpful, thoughtful suggestions on navigating conversations with someone experiencing suicide loss.

Volume 2: Death, Grief, and Hope offers liturgies for seasons of dying and grieving. Download “A liturgy for grieving well amidst the confusion of a suicide” and “A liturgy for those who feel abandoned by one who chose suicide.”  For more information, visit EveryMomentHoly.com.

Isabel has worked in marketing communications in the civil service and as a journalist/social media manager for a magazine. She has also volunteered as a youth and young adult leader in church for over ten years. Since moving from Singapore to Vancouver in 2017, she has been working as a freelance writer and has recently finished an M.A. in Christian Studies at Regent College.