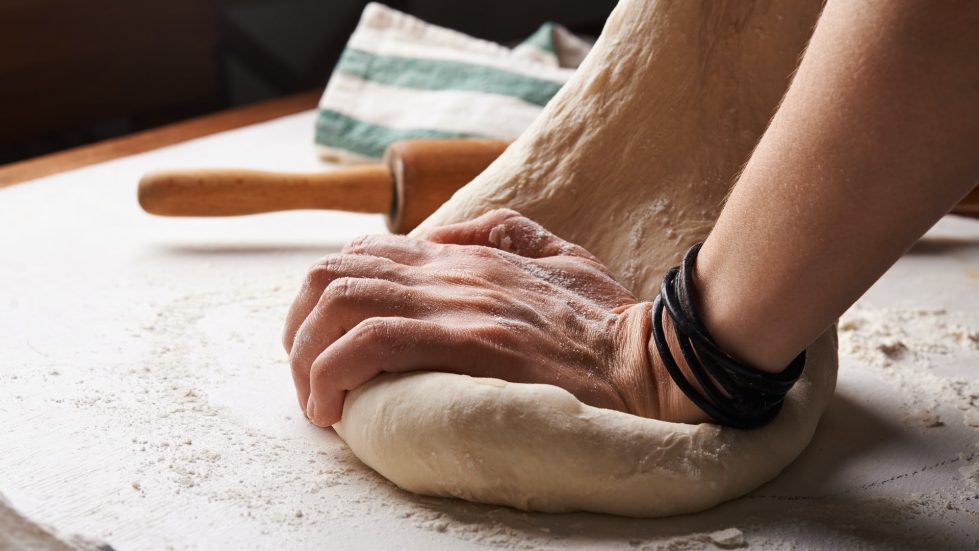 Something that I really struggle with is taking on too many things. I don’t like having limits. Pre-pandemic, my schedule was packed from morning to evening, and I was lucky to have a night at home once a month to do a load of laundry and pick up groceries. When it came to working multiple jobs, studying, volunteering, participating in church activities, meeting up with friends, organizing events, or whatever else, I had a hard time saying no. Part of my motivation was not wanting to let people down, but a bigger part was wanting to be able to do everything—and, of course, do everything well.

When the pandemic began, British Columbia’s safety measures meant that life slowed down significantly—and I found myself in an existential spiral. If you had asked me to identify the value of a person, I would have responded resolutely that a person’s value was inherent. Humans are not valuable because of what they produce, but simply because they are human. They bear the image of God, are loved by God, and should be valued based on this fact alone. When we value humans based on what they can accomplish, we let society and culture determine what is “beneficial,” which often excludes people of differing abilities. I fully believed in the inherent value of other people. Yet I didn’t feel that I was valuable for just being—I felt useless.

I’ve been wrestling with this for the past two years. Eventually I realized that I was showing symptoms of chronic stress from putting enormous pressure on myself to be hyper-productive. This chronic stress meant I wasn’t able to sleep at night—I’d lay awake or have nightmares. I was tired all the time. I couldn’t maintain the connections I used to, so I withdrew from friendships. I felt overwhelmed and like I might collapse at any moment.

In The Sanctuary Course, psychologist Fiona Choi describes the experience of stress, anxiety, and overwhelm with the image of an overflowing jar. It’s like everyone has a jar, and those jars contain our genetic predispositions and past experiences of stress and trauma. Then we add in all of our present stressors: the demands of daily life, world events, challenging relationships, etc. Eventually, when our jars can’t hold anymore, they overflow. My fatigue, insomnia, and experience of overwhelm were my body’s way of telling me that my jar was overflowing. I knew that I had to slow down. But how could I? Even if I did give myself a break, wouldn’t I go right back to the same patterns?

That’s when I found myself making bread. Something you should know about me: I am terrible at baking. But I decided to make bread anyway. And one thing I discovered about making bread is that after you mix the dough, you have to let it sit for hours. While it’s resting, the dough rises. And then, usually, you punch down the dough and then let it rest again before it goes in the oven for a while, then cools. Basically, making bread is a lot of waiting around.

But something important is happening in the resting, in the baking, and in the cooling. Every stage is vital. You can’t make bread by simply mixing together the ingredients. In order to become bread, it needs time and space. As I laid the towel over my bowl of dough, I was struck by this: here I was, making bread, with complete respect for and acceptance of the fact that making bread takes time. And yet I wasn’t able to extend myself that same respect. I wanted to do everything efficiently, effectively, and perfectly. I wanted to never have to say no, to never have to take time to rest. But without resting, bread can’t be bread—and I can’t be a human.

June 24-July 24 is designated as Self-Care Month by the World Health Organization, and this month I am untangling my perspectives on what it means to be human and care for myself as a human. In The Sanctuary Course session on self-care, Rev. Alastair Sterne says:

I define self-care as accepting limitations. As a human, I’m not boundless. As a created being, I’m not the Creator. And so, to me, to care for myself is to acknowledge the contours of limitation. And to say if I ignore those or if I try to extend those, something gets lost. It might be a sense of self. It might be health. It might be relationships. It could be a whole host of things… So, to care for ourselves is to accept our humanness—and the beauty that Christ meets us in it, and often does more than we dare dream.

The cultural myth that we are valuable based on what we produce is unbiblical and unhealthy. It’s hard for me to accept that I am valuable to God and in the world just as I am, but it’s a foundational step toward self-care. So, I’m working on it—along with other self-care practices, like taking breaks from my computer screen, connecting with friends, walking my dog, and building new routines that are more human.

By the way, my bread didn’t work out. I must have killed the yeast with water that was too hot, but I attempted to bake the bread even though the dough never rose. It came out as a super-dense block, which I cut into pieces, coated with seasoning and olive oil, and baked again to make croutons. The whole project took even more time than I anticipated, but it turns out homemade croutons are pretty tasty, and worth the wait.

Leslie Roberts is the Director of Communications at Sanctuary Mental Health Ministries. She is originally from Texas, where she worked in advertising, television production, and church ministry before moving to Vancouver, BC to earn her master’s degree at Regent College. During her time in ministry and through her studies, she recognized the importance of high-quality resources about mental health and faith, and was delighted to join the Sanctuary team in 2019. Leslie enjoys reading theology, soaking in as much sunshine as possible, and going hiking with her rescue dog, Beezy.